Is your picture in your resume?

We all want to be remembered, especially when job-hunting. Will including your picture in your resume help you attract the right attention from your future employer?

We have Facebook and Linkedin profile pictures. Pictures of our faces are front and center on our driver’s licenses, passports, and visas. Our faces are consistently used as a way to identify who we are, so why shouldn’t we include our pictures on our resume? After all, including a picture alongside our qualifications quite literally puts a face to a name.

Not everyone agrees with this mindset. Below are a few sources that offer their own insight into this situation.

YES- IT IS ACCEPTABLE TO INCLUDE A PICTURE:

Rob Ashgar of Forbes argues that it would be acceptable to include a picture in your resume since we live in a visual, multimedia world. Furthermore, he claims that it is hypocritical to shy away from a picture on your resume, since it is considered “naïve and unprofessional” if you fail to include one on your LinkedIn profile.

Other professionals agree that it is acceptable to include a picture.  OneShift founder Gen George said

Candidates that include a photo, these days, have a clear advantage over those that don’t…. The profiles that get the most attention from prospective employers are always the ones with professional looking photos attached, and this goes the same for your resume.

She added that employers do tend to Google their applicants once they are seriously considered, so by adding your picture in your resume, you are controlling their first impression of your appearance.

NO- IT IS UNACCEPTABLE TO INCLUDE A PICTURE:

According to recent research by Behiring, if you include a photograph of yourself in your CV (the British equivalent of a resume), you face an 88% job rejection rate. Why is the percentage so high?

The job site, TheLadders, found that a picture of an applicant might be distracting to the actual contents of the resume; they found that if a resume includes a picture, a future employer 19% of their time looking at the photograph itself. Considering that that employers only spend 5-7 seconds per resume, each second counts.

SO WHAT SHOULD YOU DO?

The issue of potentially including your picture in your resume relies more upon your personality and what type of job you are pursuing.

Since it is more common for people to exclude their pictures on their resume, the safe thing to do would be to exclude your picture entirely. If you prefer to play it safe and not rumple any feathers, then you should not include a picture of your likeness. However, if you feel like being a bolder applicant and you feel confident in your qualifications, then you could include an appropriate picture. Keep in mind that certain industries, like the ones mentioned above, dislike applications with photos, so make sure that you do your research before you add your picture.

However, if you are applying to a job in an industry that is interested in your appearance, such as an acting gig, then you definitely need to include your picture. Otherwise, it is not a necessary component to your resume.

Remember that your picture is not a requirement in your resume- your qualifications are. 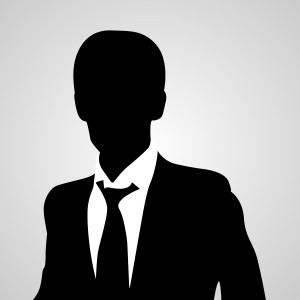