10 Genius Answers to Interview Questions – and 3 Not so Genius

Are you about to take an interview for a job but you’re worried about impressing your potential employer?

Coming across well in an interview is difficult, especially as there are probably loads of other people applying for the same job.

Preparation helps, but when it’s just you and them in the room, you have to make sure you are on top form.

There was a recent post on Reddit that asked hiring managers about times when candidates managed to answer a certain question fantastically. Here are 10 of these picked out to hopefully give you some inspiration on the big day…

1. I could Google it

One guy was very well qualified and answered all the questions right. He drew a blank on one of the further questions but followed up with ‘I could google it easily’.

So I jokingly asked ‘what if you were unable to google it?’ And he answered ‘If this job is somewhere where I can’t access google I don’t want it’.

Why do you want to work here?

“I want to make a lot of money, and this company seems like the best place where I can make that money”.

Was interviewing a young woman for an admin assistant position in an electronics R & D lab. Asked what she could do. She very casually replied, “I can do anything. I grew up on a farm.”

I called him and we arranged an interview for the following week, and he was a very professional and genuine candidate. Unfortunately I was unable to hire him but when I asked him about the cardboard application he responded “it got me this interview, didn’t it?”.

“What is your greatest weakness?”

Interviewing for a sales position and we always ask the question, “how do you react to rejection?” To which he replied, “well I’ve been married three times, so what do you think?” He was hired on the spot.

7. I wanna work with that guy!

I was hiring a second videographer. We were doing an interview that included my current employee. I  asked the candidate to describe his ideal co-worker. He pointed at our videographer and said “that guy.”

8. I’m the only candidate that didn’t lie

I’m not exactly answering your question, but my entire career is based on the fact that I was the only candidate that didn’t lie about it. This particular piece of software hadn’t been built yet. Everyone except the candidate said yes.

A candidate poured boiling water in a cup to make tea, but poured in too much, which in turn spilt the water all over the desk. Despite his shock at the situation, he then calmly said “Don’t worry, I always give 110%.”

10. Leave out the salary talk..for now

When I asked a candidate the dreaded salary question. His response was.

Hopefully there should be enough quality in here that you can take into your interview. Funnily enough, there’s another thread on Reddit that asks the opposite – so here are 3 not so genius answered that pretty much disqualified candidates from having a chance of getting the job.

1. My mother forced me to be here

After very vague and empty answers to the standard questions, the candidate was clearly not making any effort at all. I asked him, “Do you really want to work here?” He looked me in the eye and said, “No. My mother forced me to put in all these applications and answered the phone when you called so I had to come in.”

“Why did you move from Florida to Texas?”

“There were too many Jews in Florida”

2. This sounds like a chill job for the summer

I sat in on an interview. This is a career type position with a huge company.

Everything goes well until the candidate is asked the final question “If you’re successful in your interview today, where do you see yourself with us in five years?”

“Oh no, I think this just sounds like a chill job for the summer”.

Some people don’t help themselves… 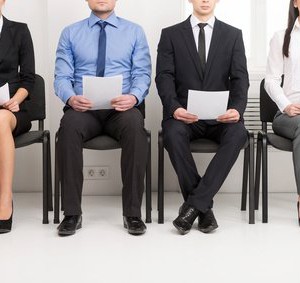